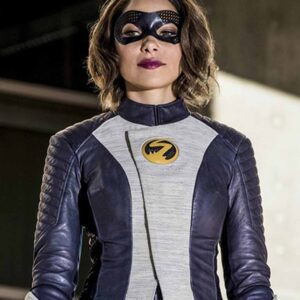 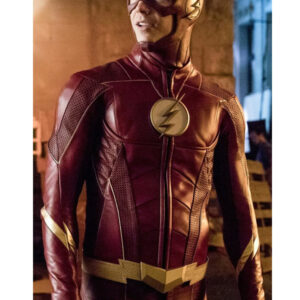 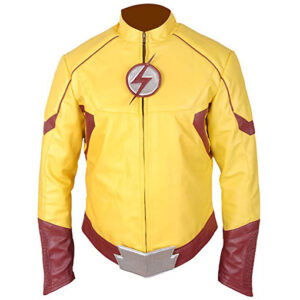 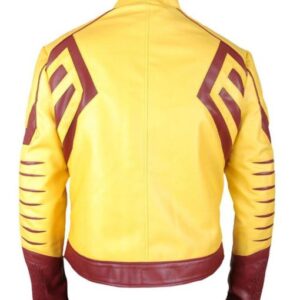 A few years ago, The Flash TV series started, and fans loved it from its pilot episode and have been loving it ever since. Starting from a particle accelerator explosion to fighting the aliens and also preventing the monstrous villains from rewriting reality, fans have loved its every moment. The other thing than the Hero and the cast themselves, fans have always been in love with the jackets that the characters have worn throughout the years. So, what would be more fun, than making The Flash Jackets category? In this category of The Flash Merchandise, are present The Flash Leather Jacket, Godspeed Jacket, Killer Frost Coat, Cisco Ramon Jacket, Captain Cold Jacket, Zoom Jacket and so many more that it would give you such attractive looks that everyone will find it irresistible. Not only do these colorful and superb attires from The Flash Outfits Collection just look beautiful, but they are comfortable and extraordinary as well. So just get your favorite jackets from The Flash Wardrobe and make outstanding cosplays IN A FLASH WITH A SCHWAY!

1) Who is Barry Allen in The Flash?

Barry Allen is a Forensic Scientist in the SCPD. When Barry was a child, the Reverse-Flash killed his mother due to which he becomes SCPD Scientist to prove his father's innocence. After the death of his mother, Barry then lives with the SCPD Detective Joe West and his daughter named Iris West. After becoming the Flash, Barry fights crime in Central City and protects it from various threats.

Barry Allen is a forensic Scientist in the SCPD, which he did to prove the innocence of his father one day.

3) How did Flash get his powers?

When Barry goes to his lab and watches the news of the Particle Accelerator, it gets unstable and releases a shock-wave throughout the city due to which Yellow lightning knocks out Barry. He then wakes nine months later in the STAR Labs only to later find that he has super speed.

4) Who are the series regular in The Flash?

5) Are Cisco and Caitlin together?

NO, Cisco and Caitlin do not even need to be together as they are very good friends. Other than that, Cisco is currently in a relationship with Kamilah.

6) Who is Caitlin Snow in The Flash?

Caitlin Snow is one of the scientists at the STAR Labs. At the night of the Particle Accelerator explosion, Caitlin was present at the STAR Labs due to which her husband also died. Further in the series, due to the Flashpoint, Caitlin learns about her split personality named Killer Frost with whom she begins to aid Flash. Danielle Panabaker portrayed the character of Caitlin Snow.

7) Who does Barry Allen marry in The Flash?

Iris West is the girlfriend of Barry Allen whom he proposes and marries after returning from the Speed Force. However, during their wedding in the Crisis On Earth-X crossover, Nazis invade Earth-1 to take Supergirl. After a series of action and drama, Barry marries Iris while Oliver marries Felicity.

8) When did Barry meet Oliver?

Before the premiere of his series, Barry Allen made his debut on Arrow Season 2. He appears in Starling City as a Forensic Scientist from SCPD to work on a case. During the case, Barry then also befriends Felicity and helps Oliver after learning that he is the Arrow. Other than that, Barry saves Oliver's life as well.

9) Do Barry and Iris have a child?

In the season finale of season 4, we come to learn that the Mystery Girl is the daughter of Barry Allen and Iris West. Further, we also learn that her name is Nora West-Allen, and she is from the future. In Season 5, we then also see her working with Team Flash.

Cisco Ramon is one of the scientists at the STAR Labs, and he is also one of the best friends of Barry Allen at STAR Labs. Cisco is also amazingly a genius due to which he helps Barry on different occasions with unique gadgets. He also used to respect Harrison Wells as his mentor. Further, Cisco then helps Barry as Vibe as well to fight crimes. Carlos Valdes portrayed the character of Cisco Ramon.

When the Particle Accelerator exploded, it affected Cisco as well due to which he also begins to see the visions of the night Harrison Wells killed him. Other than that, Cisco can also see and learn about people through vibes by just touching them.

Even though the Particle Accelerator affected Cisco like others, his powers surfaced after a long time. When Barry reverses the time when Harrison wells killed Cisco, Cisco begins to have visions of that timeline. Further, he then also learns about his powers and later, uses them by becoming the superhero named Vibe.